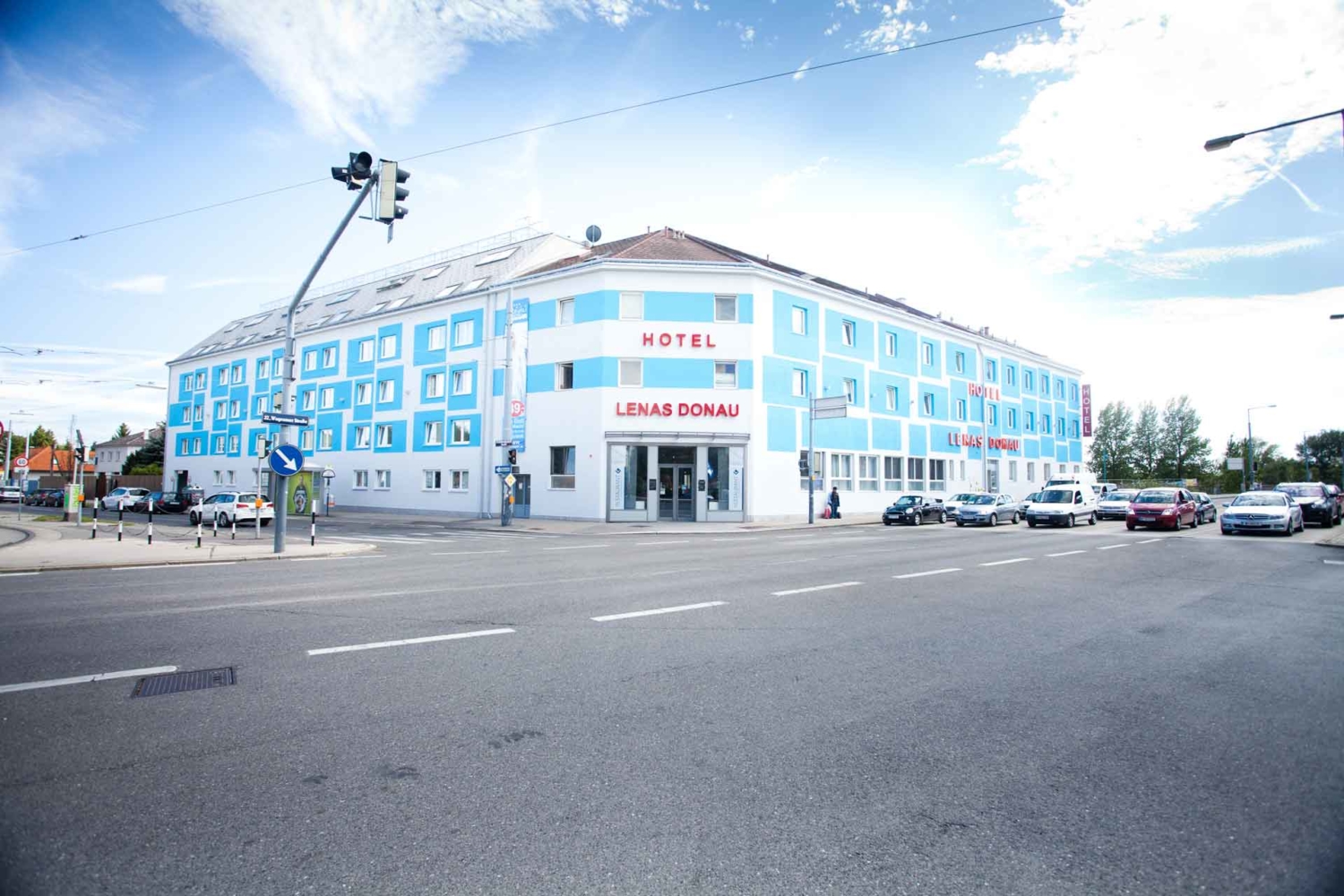 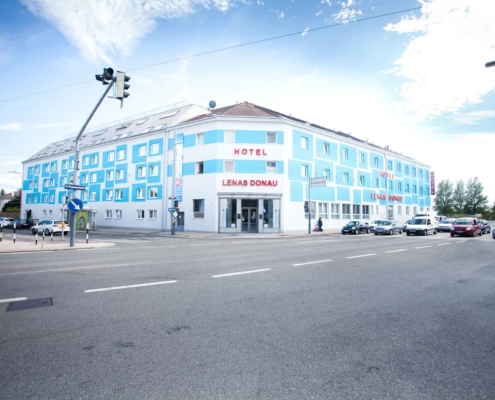 Our hotel is located at an old arm of the Danube, which is called ALTE DONAU. It is a paradise for outdoor activities and sports but still just a heartbeat away from PRATERSTERN or STEPHANSDOM in the city centre.

For those who are looking for party locations – SUNKEN CITY at Donauinsel is in walking distance to the hotel.

The second largest shopping mall in austria, the DONAUZENTRUM is just at the next corner.

UNO-CITY and AUSTRIA CENTER for congresses and exhibitions are also just a few minutes by foot away.

You can reach all sightseeing spots like Schloss Schönbrunn or Wiener Staatsoper shortly by metro.

Whether you travel by car, train or by plane, the hotel LENAS DONAU is always the best choice – we have our own parking space, the main train station is on the metro line U1 just as the hotel and the airport Vienna is reachable by the express highway shortly.

BY CAR: A22 Donauufer-Autobahn – exit Kagran -direction Donauzentrum along Wagramer Strasse until number 52 on the right side of the street.

BY PLANE: you can get to the hotel by airport taxi, with the CAT (City airport train), bus (Vienna airport lines) or with public transportation. By CAT until Wien Mitte (Landstrasse) – change to U3 direction Ottakring until Stephansplatz. – change to U1 direction Leopoldau until Kagran or Alte Donau- from there you can go by foot approx. 500m along Wagramer Str. until number 52. By bus Vienna airport lines – please check the timetable on the website www.viennaairportlines.at- the hotel is at the station Kagranerbrücke (VAL3)

BY TRAIN: the main train station in A-1100, Sonnwendgasse 11 is by the U1 metro line Hauptbahnhof Südtirolerplatz